I’m sure most people are passingly familiar with the flag popularized during Canada’s centennial celebrations, but this is not only a great little showcase but also provides some background on the design. It’s an indespensible piece of our history. Read More 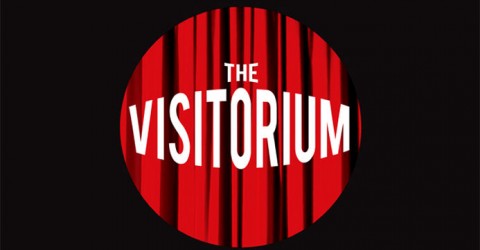 As much as I want to get out and support local theatre here in Ottawa, I often find myself getting more than enough entertainment from Kevin Reid’s phenomenal theatre blog, The Visitorium. The guy is prolific and thoroughly readable, and I can’t help chuckling if not laughing out loud during most of his reviews. His latest review, of Company of Fools’ Twelfth Night Celebration fundraiser show, is no exception. Read More

Steve Neill and the Big E: The Drex Files

I’ve been following this for some time as I’m starting to plan my own elaborate starship scratch-build. Not only is Steve Neill’s scratch-built 66″ Enterprise a thing of incomparable beauty, but there’s an amazing narrative here too, involving the research involved, discussions with Star Trek veterans, a battle with cancer, and the generosity of an enthusiast community. Steve Neill’s videos and blogs are a masterclass in modelmaking. Doug Drexler, an artist and designer who worked on everything Star Trek from Deep Space Nine through Enterprise, covers the project in brief at his blog, The Drex Files. Read More at the Drex Files – Read More in Steve Neill’s retrospective blog post

Not reading, per se, but anyway, have a gander at the Canadian astronaut who’s currently helming the International Space Station pick at the guitar specifically chosen for use in space.

Have you seen something that should show up in Sunday Reading? Email us at sunday@spillway.ca or tweet us @spillwayca!